It is thought that the term “Blue Zones” was first coined in November of 2005, when data showed that a few small areas in the world had populations that were living far longer than the global average. Those living in these zones suffered fewer health issues such as cancer, heart attacks, strokes, obesity and dementia. Scientists set out to find out why and found several common lifestyle activities that may increase longevity.

There are several Blue Zones dotted around the world but the most well-known include the likes of Okinawa in Japan, Ogliastra in Italy, Icaria in Greece, Nicoya Peninsula in Costa Rica and Loma Linda in the USA.

Countless studies have been conducted on these areas and they often show high rates of those living over 90 to 100 years. Genetics only accounts for one-fifth of your longevity, which means that 80% is about lifestyle and environmental factors. So what are these factors that increase lifespan for those living in Blue Zones?

Those who live in Blue Zones often eat a diet that is heavily plant-based. Typically, most of the population are not vegetarians but will limit their meat consumption to around 5 times a month. Their diets tend to be 95% plant-based and they contain vast amounts of vegetables, legumes, whole grains, olive oil and nuts.

In places such as Icaria and Sardinia, inhabitants will often eat substantial amounts of fresh fish. This tends to be high in Omega 3, which is really important for keeping your brain and heart healthy. Commonly, those living in Blue Zones follow a calorie-restricted diet, which has been shown to increase longevity. Eating too many calories can lead to weight gain and chronic diseases.

Those living in Okinawa mainly follow the 80% rule which they call ‘Hara Hachi Bu’ which means they stop eating when they’re 80% full. This means that they almost never overeat. It also entails eating slower, appreciating the food and focusing solely on their meals. Eating slowly increases the feeling of being full and reduces the feeling of hunger. Slowing down when eating gives your body time to register what you’re eating and how much you’ve eaten.

Fasting is common amongst the Blue Zone communities. Intermittent fasting is one of the most well-known types and this involves fasting for certain hours of the day, particular days of the week or for consecutive days of the month. Fasting has been shown to lower blood pressure, reduce weight and lower cholesterol.

Drinking a moderate amount of alcohol is another common dietary factor in those who live in Blue Zones. There are studies that show drinking 1-2 alcoholic drinks a day can reduce death, in particular from heart disease, by significant amounts. The benefits of alcohol consumption may depend on the type of alcohol drank and red wine is often thought to be one of the best. Drinking 1-2 glasses of red wine is particularly common in Icaria and Sardinia. Sardinian Cannonau wine is made from Grenache grapes, which have extremely high levels of antioxidants in comparison with other grapes. It’s important to note that benefits are only seen in moderate consumption of alcohol and many studies showed that high levels of alcohol consumption can increase the risk of death.

Exercise is one of the most important factors in ageing and is vital for keeping your body healthy. At Do Not Age, we are commonly asked which of our products is the “magic bullet” to extend a healthy lifespan. Our answer is exercise.

In Blue Zones, exercise is built into everyday life, rather than having a set time for the gym, or to go on a hike. Inhabitants exercise through their daily tasks such as cooking, walking and gardening. A study was done on men living in Sardinia and it found that raising their farm animals, living on steep slopes and walking long distances to work were associated with living longer. Benefits from other studies have shown that exercise reduces the risk of cancer, heart disease and death overall.

Resistance bands are a great method used by many to train multiple muscles in one workout. They can help to reduce pain in joints and are often used for rehabilitation from injuries, especially in hips, shoulders and knees. The resistance exercises that can be done with resistance bands help to increase mobility which often decreases with age.

In addition to exercising and following an adequate diet, sleep is another deciding factor in longevity. Blue Zone inhabitants ensure they get enough sleep during the night and you will often find them taking short naps during the day. In Blue Zones, people tend to listen to their bodies rather than having set sleeping hours. They sleep as much as their body tells them to.

“They discovered that naps as short as twenty-six minutes in length still offered a 34% improvement in task performance and more than a 50% increase in overall alertness.”

Matthew Walker, Why We Sleep: Unlocking the Power of Sleep and Dreams
Community.

Whilst diet, exercise and sleep are key factors in longevity, there are other lifestyle traits that Blue Zone inhabitants follow. Having a good social network is intertwined with Blue Zone communities and you will often find grandparents still living with their families. Studies have shown that those who look after their grandchildren are more likely to live longer. Similar to this, communities have strong social networks and each of these lifestyle factors has been linked to living a longer and healthier life.

“Eat your vegetables, have a positive outlook, be kind to people, and smile” – Kamada Nakasato, 102, Okinawa 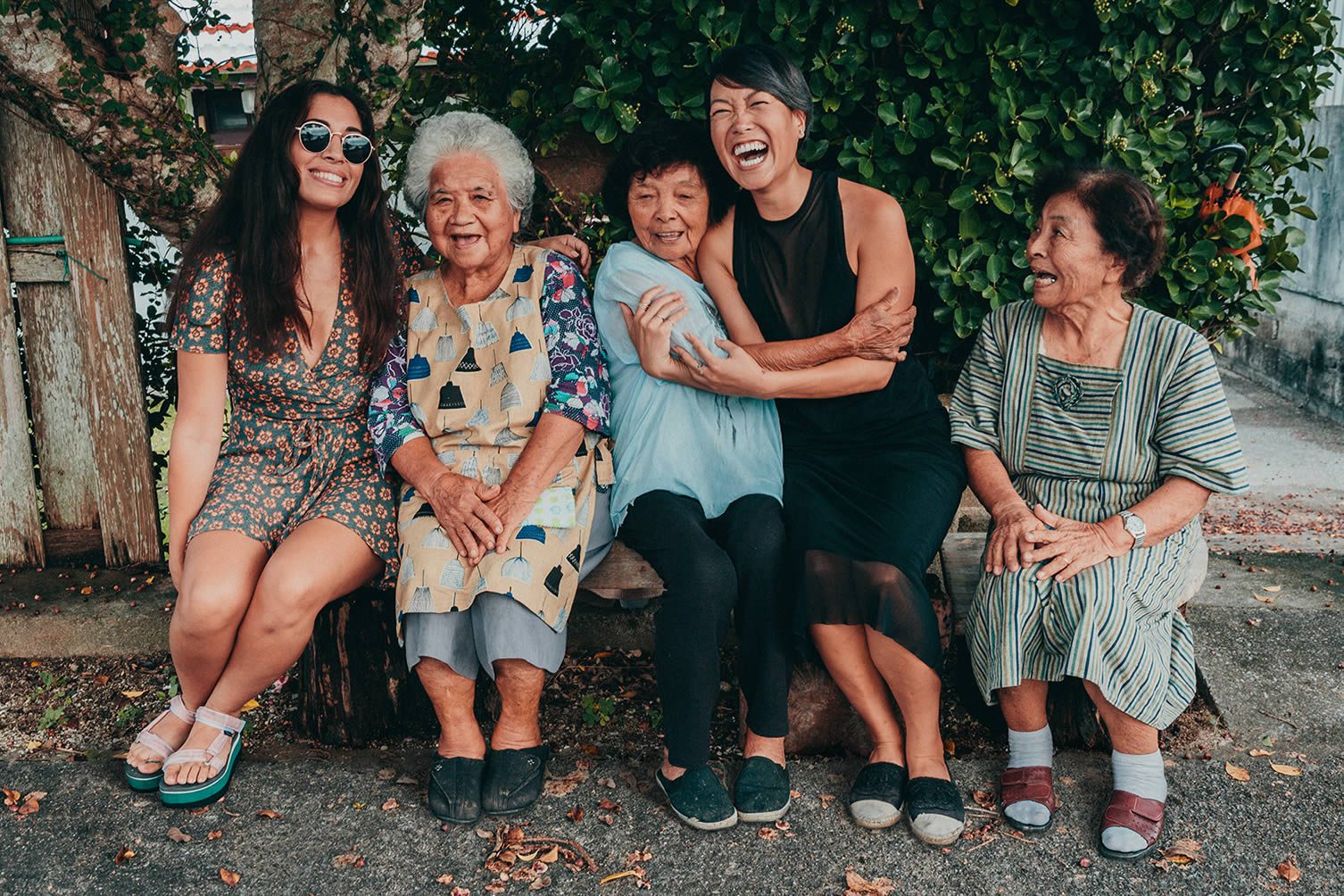 Can You Reduce The Effects Of Ageing?

The Benefits of Apigenin

The Importance of Sleep

The Best Diet to Elongate your Life

Making An Ageing Society Work For All

Most of what we provide is free

Joining our email list will give you access to all of the latest data on how you can stay young.